Revival is a project that has been supported by the European Union. Its mission is to revitalize and reuse the lost heritage in the Adriatic landscape. In all the Italian and all the Croatian cities and towns that are involved in Revival, there are many dismissed areas, buildings (e.g., summer camps, schools, barracks, military fortifications), and industrial complexes lying in a state of neglect and decay. 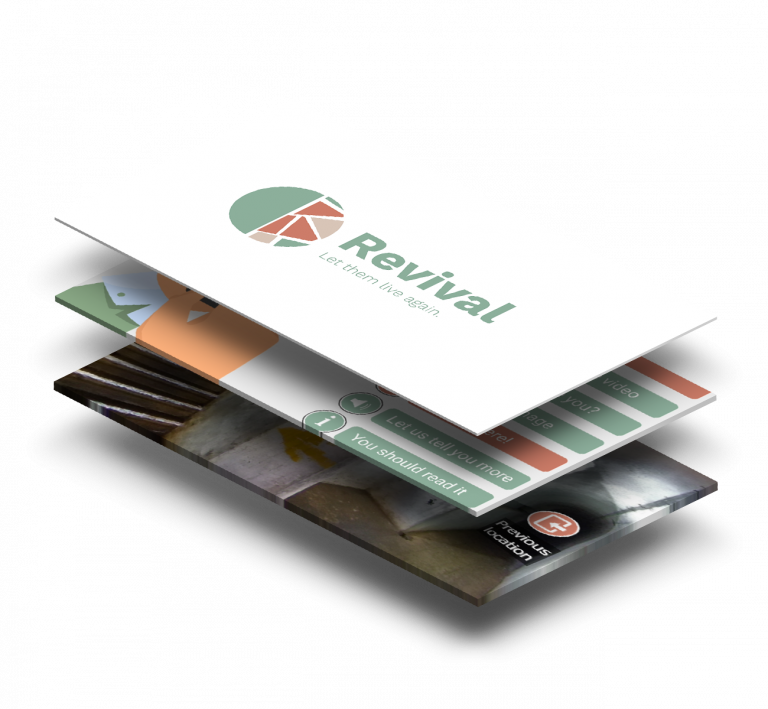 “The entire team enjoyed working on this project as all the topics were very different from each other. Making it as a 360 project just gave that extra flavor to it all and made everybody push their limits a bit further. Great cooperation and communication with the client teams were crucial to making this project a success.
Once again, we proved that holding a stakeholder buy-in workshop at the beginning of a complex project with lots of stakeholders is always a great investment of time as then we all work together, as a team, towards the same goal.”
Mario Buljan,
CEO at eWyse Agency
With the Municipality of Forli as its leading partner, the goal was to make natural and cultural heritage leverage for sustainable and more balanced territorial development, in which a relevant abandoned man-made heritage will play a central role.

As the starting point is clear, the change that Revival will introduce is to put at the center of attention of regional and local communities and potential investors the lost heritage concerned and try to find creative and sustainable solutions.

The project Revival needed to cover multiple and various places which all have their own culture and spirit. The challenge was to find a creative design for the eLearning courses that would first make all of them connected as a whole and, second, make them embody the spirit of each abandoned place.
The main challenge through the production revealed itself to be practical and connected with the presentation of the place. The most important aspect of this project was how to capture the viewer’s attention and keep it along the way.

The eLearning courses were made with 360 images. 360 images gave the place the true authenticity which was sought. With 360 images, the viewers could „walk“ down the streets, halls, and rooms at their own pace. This 3dimensional perspective which was achieved with the 360 images, enabled the viewer to look around the place like they were there.

To enliven the abandoned places and, as well, capture the viewers’ attention, we used little short documentary videos and various kinds of pictures of the place throughout the course. It was understood that the way to keep the place alive is through stories, and through the people that tell the stories of the place as it was and how it looked before.

Therefore, one of the main challenges was solved with the videos. The viewer’s attention was captured when various kinds of videos and pictures were placed around the area on the 360 images. Viewers had to look around, concentrate, and move through the place to find the sought videos and pictures. In that way, they explored the abandoned place and came to the end of the course.

The results were numerous eLearning courses that all captured each of the spirits of those abandoned places. You can say that we created a virtual museum of the place that kept the viewer’s attention with the help of the local people and their stories. The crown of our work was the Adobe Awards that eWyse received for the project about the city of Rijeka, which you can see on the link.

“The project was a huge success for eWyse. We found great cooperation between numerous stakeholders who were involved in this project.
Once we presented our idea of the project with the 360 images, we received help from all sides which resulted in many people being a part of this project which, as a result, made the project most successful. “
Martina Osmak,
COO at eWyse Agency

Are you curious to discover how can eWyse help you with the eLearning solutions?

Don’t hesitate to reach out. We are excited to hear about your training project!
Reach out